I wanted a practice session with the Broncolor lighting system and I just happened to have a lightsaber prop on my desk. Shiny, reflective surfaces are relatively challenging to shoot well, and I was certainly looking to be challenged. So here’s what I did;

The concept was to produce an image that looks like it could belong in a glossy advertising material for lightsabers. I envisioned it to showcase the mechanical details on the Graflex with the glass eye as the key focus.

The Graflex replica was clamped upright and I placed a black board behind it as I had planned to add a soft glow on it. My first objective was to achieve a gradient highlight on the left side. I positioned a Unilite 3200 with a 120 x 180 softbox behind the Graflex and angled away towards the camera.

This was the first shot;

A diffuser was added in front of the softbox to soften the light and to create the gradient.

For the second highlight on the other side, I positioned another Unilite with a 30 x 180 softbox to establish a hard highlight.

To illuminate the middle portion, I used a Siros L with a beauty dish reflector in an elevated position. It was mounted in an offset angle from the centre to create dimension in the glass eye. 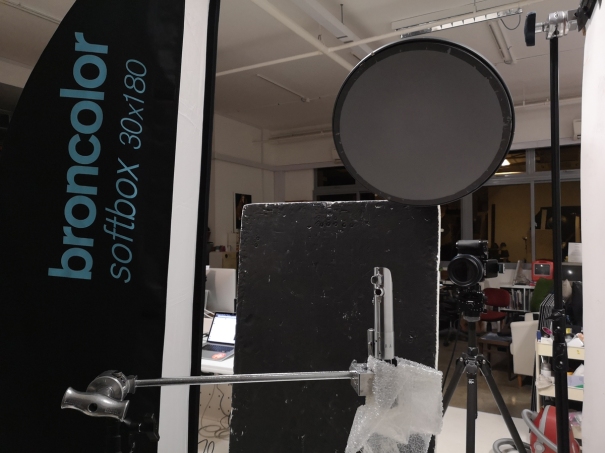 This was looking close to how I had envisioned the image and it’s just missing a soft glow in the back to separate the Graflex from the background. I placed a Pulso G with a P70 reflector and medium honeycomb grid on a chair and directed the light onto the black board. The softness of the glow was adjusted by tuning the Pulso G’s focusing feature. 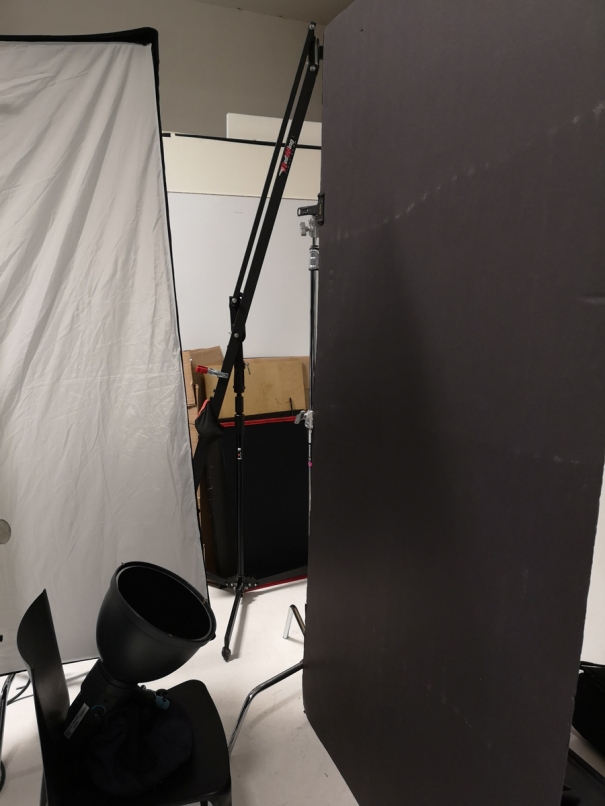 Here’s how it looks like with all the lights turned on and the power ratios tweaked. 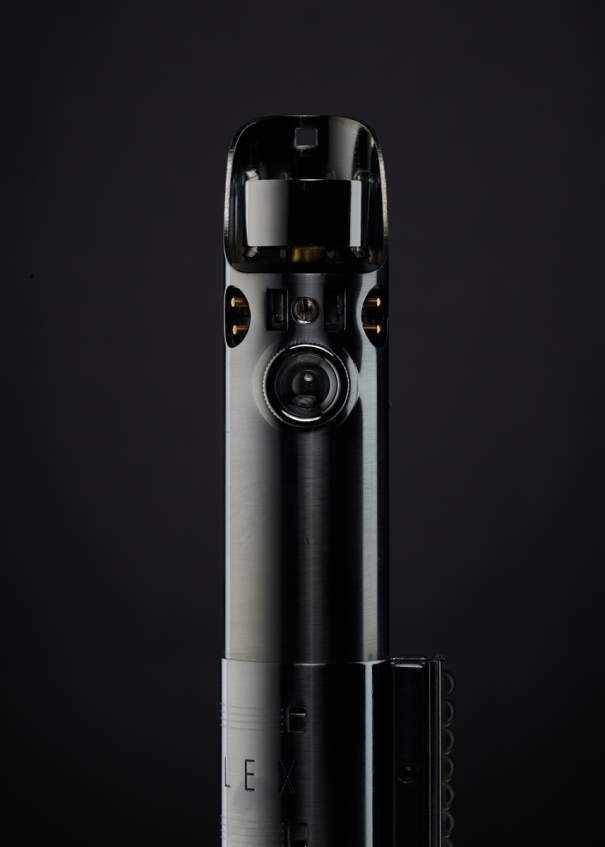 The hard hairline running down the middle was caused by the reflection of the C-stand holding the beauty dish, so I placed a large black card against the C-stand to block the reflection. Then, as I checked the image at 100% crop, I found a blue lint on the slotted head rivet. It must have gotten snagged when I wiped the Graflex with a microfibre cloth.

The lint was removed with tape and I snapped the definitive shot. The image was processed in Capture One 11 to clean up dust spots, enhance the glass eye, and other general adjustments. Here’s the final image;

The camera I shot with was a Phase One XF IQ3 100MP Trichromatic with a Schneider Kreuznach LS 150mm f/2.8 lens.